A major player in financial auditing, the big four EY has been able to expand into the very exclusive field of mergers and acquisitions with five partners and some thirty employees who bring to bear the strength of an international structure, while retaining the agility of a specialist boutique. The team is geared towards small and mid-cap companies, with enterprise values ranging from €10 million to €500 million, and advises SMEs, large corporations and large groups on their disposal, capital restructuring and financing projects.

Within this team, led by Matthieu Carlier, the Distressed M&A practice is attractive because of its integrated offering and its perfect fit with the specificities of the restructuring market. The Distressed M&A team advises large groups on the disposal of non-core or unprofitable activities. In this context, the added value consists in combining the expertise of strategy consultants (EY-Parthénon), operational consultants and audit professionals (Transaction Diligence) to secure the transaction as well as possible.

Under the impetus of Matthieu Carlier, an ambitious forty-year-old who demonstrates « real expertise in identifying buyers, managing processes and understanding the technical aspects of the deal », according to Hélène Charpentier, a court-appointed administrator associated with Solve Administrateurs Judiciaires, the team is regularly mandated to carry out M&A distressed deals and manage complex carve-outs.

The power of an international network, the agility of a boutique and the combination of expertise

It is true that « the EY brand is reassuring », says Matthieu Carlier, and « our international network is invaluable for identifying potential buyers, while offering contacts capable of facilitating relations with the public authorities and more efficiently activating the relays for obtaining local financing », but « our greatest asset lies in our integrated offer ». In order to maximize the chances of success of the project to sell a non-core and/or unprofitable business, it is essential to properly document the data room and, in particular, to be able to answer the following three main questions: what will be the strategic plan to enable the turnaround and in which market(s)? what operational reorganizations are required and what are the levers for improving performance?

The firm has added the expertise of strategy consulting professionals, following the acquisition in 2017 of the Continental European offices of OC&C. Composed of consultants who are « accessible, pragmatic, appreciated by clients and perfectly adapted to the French restructuring market », says a crisis manager, who worked with them on the turnaround of Photowatt, at the time under the OC&C banner, as well as on the restructuring and rebound of Euromaster, a Michelin subsidiary, the strategy consulting firm is now at one with the experts in numbers. The professionals of Transaction Services, the Big Four’s historic business, also provide security for financial information, which is essential in a context of underperformance, and a vision of the operational levers for creating value. « We are working with the management teams to identify and implement the actions that need to be taken quickly to restore profitable growth. In addition, we redefine the company’s operating model to make it more competitive and efficient », explains Pierre Dresco.

Together, they have combined their expertise, particularly in the management of carve-outs, with that of strategy consultants led by Ludovic Broutin, to offer a rare approach that allows them to « carry out a triple play audit, both operational and strategic, and to identify buyers that we would not have thought of », insists Ludovic Broutin. « We think about the value chain, provide input on positioning, pricing and performance improvement, and offer a strategic vision of the target, which not only allows us to broaden the scope of what is possible, but also, at each stage of the process, to provide important information to give credibility to the takeover business plan, reassure stakeholders and accelerate the post-closing turnaround », explains Matthieu Carlier.

Handling both the art of auditing the past and that of projecting the company into the world of tomorrow, and the art of divesting an asset and integrating it, EY has become a master in the art of finding a buyer who was not thought of and thus organizing an arranged… but happy marriage ! Working for companies that « need to raise capital to prepare their business for the future and where many decide to focus on their core business », says Stéphane Roubi, EY has a rare approach that is « interesting, efficient and implemented by a team that works well », says David Hacoun. And although it may seem « counter-intuitive for a vendor to commit these resources », acknowledges Matthieu Carlier, this upstream work « secures the process and maximizes the exit value », adds the investment banker, and for Sylvain Ruelle, Vice-President at Daher, it also makes it possible to provide « a complete response while demonstrating proximity ».

The team is very active in M&A and has been able to establish itself on several successful distressed M&A transactions. « Completely at ease in this environment » confirms Virginie Verfaillie Tanguy, partner at Valoren and former President of the AER, « creative and ingenious, Matthieu Carlier was able to find and implement a solution to our restructuring issues in record time » confirms the lawyer who met him during the sale of Carglass Maison. « Hyper available and reactive » confirms Hélène Charpentier, « deal maker, pragmatic in the conduct of operations, agile in large structures where the lack of agility can sometimes be reproached » adds David Hacoun, partner at Osborne Clark, Matthieu Carlier is an « atypical » profile for the lawyer who nevertheless managed to « double the price of the takeover bids by increasing the competition for the takeover and by putting together a takeover team consisting of a fund and an industrial » that no one had thought of… not even the entities making up the team.

The Distressed M&A team is involved in around twenty transactions each year, on behalf of SMEs, SMIs and large groups, and has a very extensive track record and practical experience of all types of transaction (in bonis sales, approved sales, transactions involving renegotiation with lending partners, raising of new money, prepack, continuation plan, etc.) and holds the keys to moving the lines in a small and midcap market where investment banks are less present than in the Anglo-Saxon world. Under the impetus of Matthieu Carlier, who knows how to use the firepower of the audit giant and the specialized expertise developed in strategy and operational consulting, without compromising the necessary agility of investment banks, the team has not finished making a name for itself… 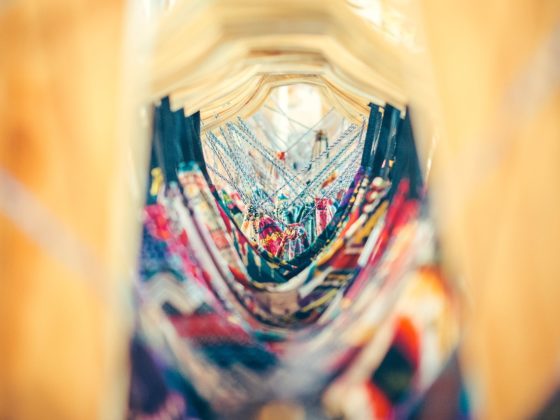 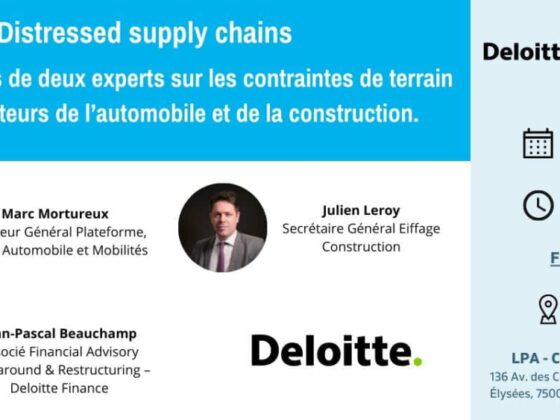